The War with the Sioux: The Book

It’s a good day! The English translation of Karl Jakob Skarstein’s The War with the Sioux is finally published. Go here for the links to download the book. 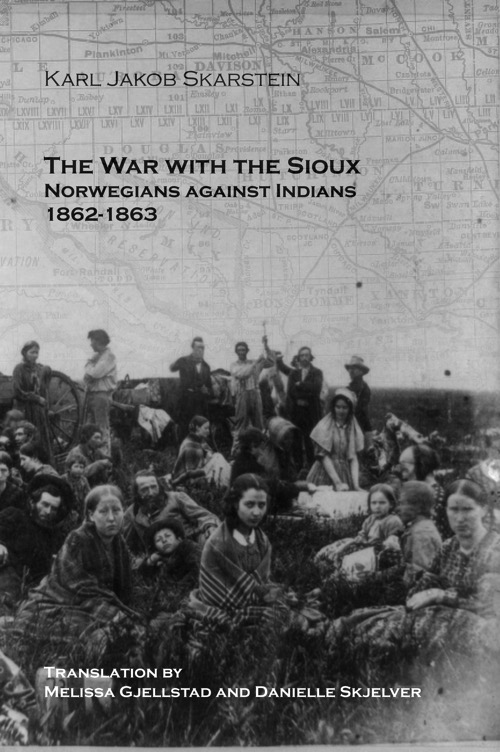 The Digital Press at the University of North Dakota is excited to announce the publication of the first English translation of Karl Jakob Skarstein’s The War with the Sioux: Norwegians against Indians 1862-1863. Associate Professor of Norwegian Melissa Gjellstad and UND alumna Danielle Mead Skjelver translated the text and Dr. Richard Rothaus and Dakota Goodhouse provided new introductory material.

Skjelver noted that “”I first encountered Skarstein’s riveting narrative on the US-Dakota War in 2007. I had never read anything like it. Translating this work was fascinating and rewarding because of the book’s unique focus on a specific immigrant population, and because Skarstein admirably attempts to get at the action and emotion of the many sides of this conflict.”

Skarstein’s narrative focuses on the Dakota War of 1862-1864 which stands as one of the most overlooked conflicts in American History. Contemporary with the American Civil War, the Dakota War featured significant fighting, tactical brilliance, and strategic savvy set in the open landscape of the Northern Plains in Minnesota and North Dakota.

Karl Jakob Starstein’s The War with the Sioux tells the story of the Norwegian immigrants, American soldiers, and Lakota and Dakota Indians as they sought to protect their ways of life. Skarstein drew upon largely untapped Norwegian-language sources for life on the Northern Plains during these tumultuous years.

Prof. Gjellstad remarked “The American experience of Norwegian immigrants has been a red thread that has woven through my scholarship and teaching in Scandinavian studies. It began early in my childhood, growing up in rural North Dakota, and has spun into rich, new connections thanks to the collaborations of fellow scholars from the Northern Plains as we worked to bring Skarstein’s volume to an American audience.”

The translation of the book was funded by the Norwegian government’s NORLA: Norwegian Literature Abroad program and is available as a free download or as a paper book on Amazon.

The Digital Press at the University of North Dakota is a creative reimagining of the traditional university press. It publishes innovative and timely works in archaeology and on topics intersecting with life in North Dakota and the Northern Plains.

To get the book go here.