There are going to be some new arrivals at the Digital Press this spring and the first departure from out catalogue.

First, we’ve excited to announce that DATAM: Digital Approaches to Teaching the Ancient Mediterranean edited by Sebastian Heath is almost ready for publication and should be out around the end of the month. Mark your calendars.

The contributors cover a wide range of teaching practices, techniques, and philosophies that have developed from using digital approaches to open the Ancient Mediterranean world to a wide range of students. Coding, gaming, immersive video, and 3D imaging build discussions of information literacy, the digital divide, and Janiform digital practices that look to the past and the future simultaneously. While many of the articles focus on Classics, Ancient History, and Mediterranean archaeology, the issues discussed throughout this book are relevant for anyone looking to think both critically and practically about digital approaches in college level teaching.

Second, Kyle Conway’s eagerly awaited sequel to the 2016 The Bakken Goes Boom: Oil and the Changing Geographies of Western North Dakota is set to appear in April. Titled Sixty Years of Boom and Bust: The Impact of Oil in North Dakota, 1958–2018, Conway’s edited volume interleaves chapters from the 1958 Williston Report with new contributions from geographers, historians, archaeologists, social workers, sociologists, economists, and other leading experts on the Bakken oil patch and boom and bust societies. Sixty Years of Boom and Bust and The Bakken Goes Boom are two anchor volumes for any Bakken bookshelf (together of course, with William Caraher and Bret Weber’s The Bakken: An Archaeology of an Industrial Landscape (NDSU Press 2017)). 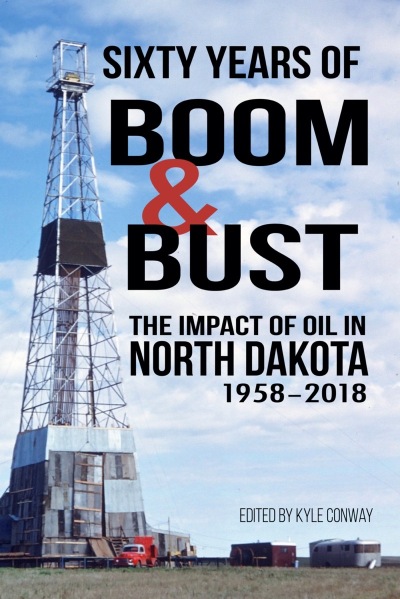 We have a draft of the book description here:

In the 1950s, North Dakota experienced its first oil boom in the Williston Basin, on the western side of the state. The area experienced unprecedented social and economic changes, which were carefully documented in 1958 report by four researchers at the University of North Dakota. Since then, western North Dakota has undergone two more booms, the most recent from 2008 to 2014. Sixty Years of Boom and Bust republishes the 1958 report and brings its analysis up to date by describing the impact of the latest boom on the region’s physical geography, politics, economics, and social structure.

This book offer insights into a range of topics of interest to scholars both in 1958 and today: the natural and built environment, politics and policy, crime, intergroup relations, and access to housing and medical services. The book also goes deeper with its analysis than previous books: in addition to making hard-to-find material readily available, the book examines an area shaped by resource booms and busts over the course of six decades. As a result, it provides unprecedented insight into the patterns of development and the roots of the challenges the region has faced.

Finally, one of the best selling titles in The Digital Press catalogue is going out of print at the end of this month: Melissa Gjelstad and Danielle Skjelver’s translation of Karl Jakob Skarstein, The War with the Sioux: Norwegians against Indians 1862-1863 is going out of print. When we published this book in 2014, we arranged a 5-year license on the original Norwegian text. This license expires at the end of the month and for the first time ever, we’re going to retire a title. So, if it’s been on your book list, grab a copy now before they become a bit harder to find! 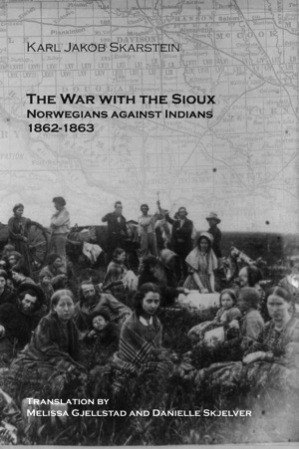