The book is available under a CC-By 4.0 license as a free download as are all the forms used at Corinth Excavations. Download it here, and it should be available in glorious paper by the end of the week! 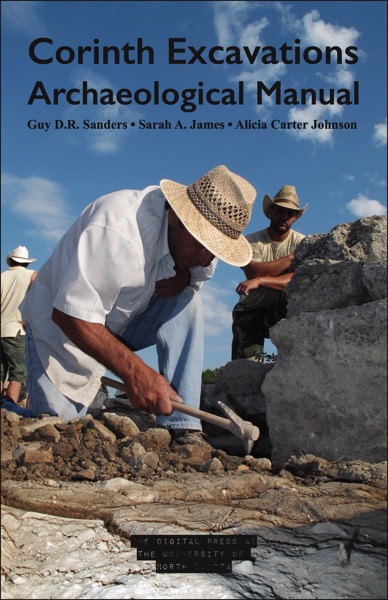 The appearance of this book is timely as there is a growing interest in field methods and the history of excavation practices throughout the discipline of archaeology. Moreover, Corinth Excavations has long held a special place in American archaeology in Greece as the primary training excavation for graduate students associated with the American School of Classical Studies at Athens. As a result, the field manual has had a particular influence among American excavators and projects in Greece, among Mediterranean archaeologists, and in archaeology classrooms.

Published as a technical field manual, an archival document, and a key statement of practice from a major excavation, the Corinth Excavations Archaeological Manual presents a guide for daily procedures at the Corinth Excavations, a complete record of documentation forms used in the field, and a practical glimpse into the functioning of a complex, major, project. The manual is a landmark text appropriate for the university student, the scholar of methodology, and the working field archaeologist.

For a media packet go here.